The future updates for Adventures of Yi

I want to start off positive by saying that we got 157 views and 9 downloads since June 2019. I know it may not seem like a lot but, it's a good start being that it is my first game. After developing the game for over 2 years and finally releasing a prototype it looks like my hard work is paying off.

With that being said, there's a views/download ratio gap that I want to make even or at least close the gap. I wanted to improve the chances of people downloading my game so, I looked up what makes a "bad" RPG Maker game and the first time I notice that the font is what people care about. So, I recently updated the font, I wasn't going to do that until we got out of the prototype stage. I can't get out of the prototype stage until I have feedback that everything is good to go, knowing that people won't touch it because of the font is kinda disheartening. So I looked up some fonts and decided on this: 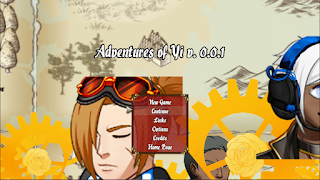 If you have seen my recent update video on youtube you would have seen that the background was transparent and didn't match the rest of the menus. I found a way to correct that and now it's the same as the others. 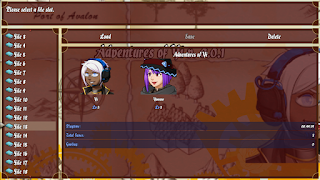 You can see all of these in the next update I don't want to update the game for something so minor. I've decided to put the updates on a  schedule, so on the 23rd of every other month, there will be an update.

Thank you for reading!